CRISTIANO RONALDO finished the season as Manchester United’s top scorer in all competitions.

Cristiano Ronaldo should bear the majority of the blame for Manchester United’s lacklustre performances in the Premier League over the course of this season, according to former Liverpool winger John Barnes. The Red Devils limped to a sixth-placed finish with a final-day defeat at the hands of Crystal Palace on Sunday and will be playing Europa League football next season as a result of their sub-par showings in the division in recent months.
Ronaldo rejoined United from Juventus over the summer and ultimately finished as his side’s top scorer with 24 goals in all competitions, picking up four of the club’s Player of the Month awards in the process. However, Barnes is adamant that United’s squad would have performed better as a collective unit without the looming presence of Ronaldo in attack over the entirety of the campaign. 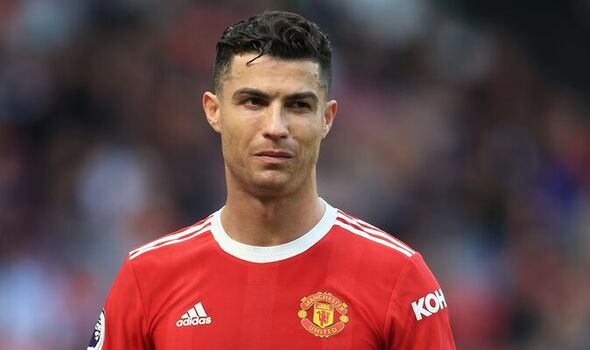 “When the ball does not come to him, he throws his hands up in the air,” said Barnes, as reported by The Mirror. “That’s a great example, isn’t it? The harmony at Manchester United is a problem and who causes that disharmony?

“He walks around as though: ‘It’s the rest of them, I’m doing my job’. That’s not what a leader does, that’s what someone who does it for himself does, the fans love him and when things don’t go his way, he’s like: ‘It’s not my fault.’